The FABULOS (Future Automated Bus Urban Level Operation Systems) project focuses on how cities can use automated buses in a systematic way. The goal is to procure the operations of an autonomous bus line. Self-driving minibuses have already been tested in technical demonstrations in various countries, but a proof-of-concept for the management of autonomous fleets as part of the public transportation provision is not yet available.

Furthermore, some parts of the driving automation need to reach a more mature stage in their development in order to be employable in normal urban settings, such as open roads. In other words, a demonstration of the economic, technical, societal and legal maturity of the solution needs is required. This should be carried out in a real-life setting, integrating automated minibuses into the public transportation ecosystem. 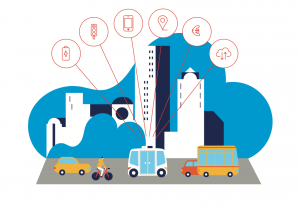 The six partner cities are embracing this challenge by collectively procuring R&D for the prototyping and testing of smart systems that are capable of operating a fleet of self-driving minibuses in urban environments. These solutions should be all-inclusive: software, hardware, fleet and services. The cities play an important role by combining their efforts in supporting the market to develop such systems. This kind of intelligent transportation system and integrated transportation approach is key to facilitating the sustainable development of public transportation and for cities to be able to become car-free in the foreseeable future.

The pre-commercial procurement process consists of three clearly defined phases: Concept design, Prototype development and Field testing. In each of these phases significant budgets are available for suppliers to support their work.

Prior to phase 1 is the Open Market Consultation in which the scope of the FABULOS request for tenders will be refined. This consultation is set for April and May 2018 and the actual request for tenders will be launched in September 2018. This will be followed by phase 1, the concept design phase. Phase 2 is the prototype development phase, in which the most promising concepts will be developed into working prototypes. Then, in the final field testing phase, an expected minimum of four of the suppliers that participated in the prototyping will be selected to execute a series of large-scale pilots in urban environments within the procuring cities.

At the end of this process, the companies or consortia are expected to continue the refinement of the tested prototypes in order to make them into market-ready solutions that can be procured by additional public procurers. That activity falls outside the scope of FABULOS.

The FABULOS project has received funding from the European Union’s Horizon 2020 research and innovation programme, and will run from 1 January 2018 until 31 March 2021.